Last weekend I fulfilled a goal I've had for more than a couple years now: paddling to Execution Rocks.

Execution Rocks is a lighthouse, presently unmanned, in the western end of Long Island Sound; it marks marks a set of reefs midway between New Rochelle and Sands Point in Long Island. Supposedly, American colonial rebels were shackled to the rocks at low tide by the British, to commend their spirit to the sky at high tide for crimes of treason. I'm not entirely clear on whether this is true, but it makes for a good story as to how the rocks obtained their name.

The best part of the trip for me was that I got to paddle with a bunch of friends. The current Mister Cowgirl, and Kayak Dov, and my good friends the Two Geeks. All but the first of us last paddled together nearly a year ago, on our trip to the Norwalk Islands. It was good to be reunited !

-- -- --
The Two Geeks are fortunate enough to live in the area; the rest of us cartopped to Larchmont, and found Horseshoe Harbor much as we'd left it fifty weeks ago: mostly empty, with a great view of the sound. The air temp was predicted to be high (in the seventies, and sunny), but the water was still very cold, under fifty.

This is the paddler's dilemma in this season. Three of us opted for drysuits, one a wetsuit and paddling jacket, and one with nary more than a rash guard.

In relatively short order we unpacked, parked cars, and got kitted out. In short order, we were out - and how! Once assembled on the water we fairly bolted out to the Rocks. 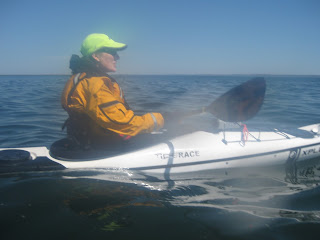 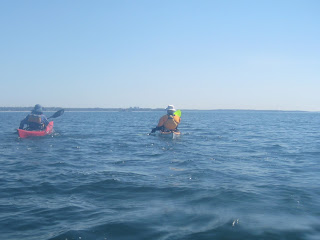 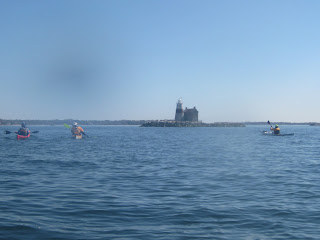 The trip out was mostly uneventful. The day was pretty, it was 2.35 miles, and as a group of mutual friends, we caught up socially (and some made new friends). Given our various interests, this was more of a "Five Geeks" trip.

In the distance we could make out the regular shipping channel, as barge after barge made its way out from New York City. As we approached, we caught a little motor wake on one of the reefs, and surfed the final couple hundred yards in. 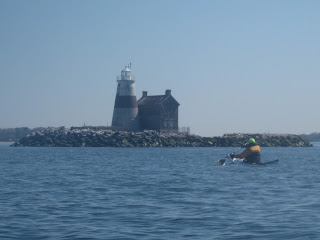 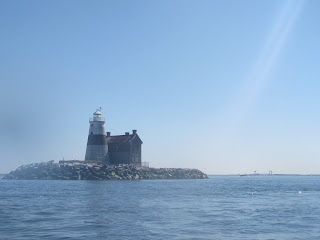 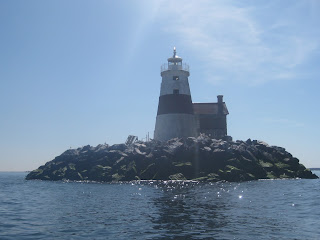 We'd had such an easy time, and were feeling good, so the Two Geeks suggested an additional destination where we could hop out and nosh. We paddled on to Sands Point, just another couple of miles, down along the eastern edge to where we could see . . .a castle looming over the beach ! 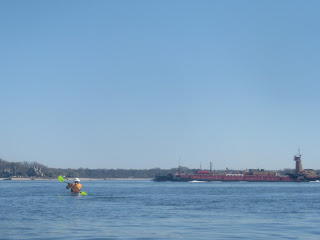 Paddling to the channel. 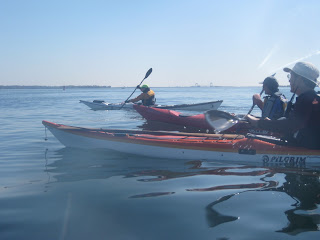 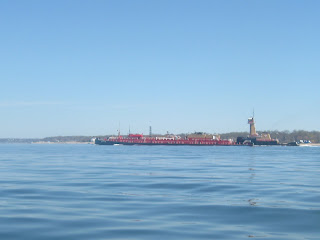 I have to admit to being something of a boatspotter, and it was fun to watch the barges. But Mister Cowgirl, being a keen sailor as well as a paddler, spotted a vessel embarking out on the water. Turns out the skipper had built her himself, using these plans. Some more photos here.

We paddled past the point and along the beach. With little wind, the water was flat, right up to the beach. A little cold for wading though. 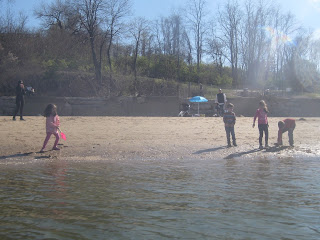 We disembarked, collected our valuables, and hiked up the hill to the "castle": an old financial baron estate (Gould, Morgan, etc) overlooking the bay. 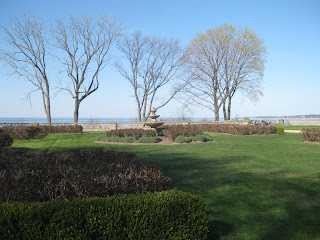 We walked about and found restrooms, then a spot for lunch. As nice as it was, off the water we were overdressed, and opened our drysuits to vent. 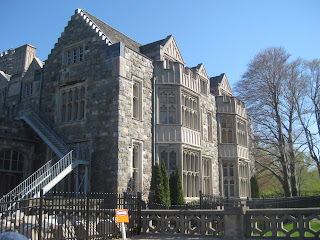 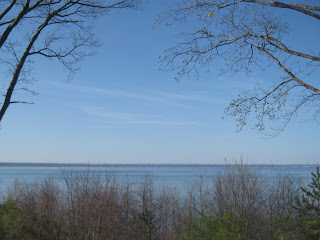 The Bay and Sound. 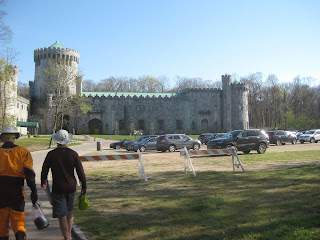 It was posh alright. The servants' quarters were larger than any house I've ever lived in - including a multi-family home cut into apartments.

There was a bee colony kept in place. Do not disturb! 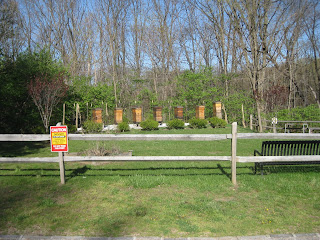 In short order, we wound our way back down the hill and lined into our kayaks. I should mention that on this trip the Cowgirl paddled her old Argonaut and found it wasn't as bad as she might have remembered. Sure, the high volume boat is a bit much for her lithe frame, but it responded well, more importantly, actually fit a new Reed spraydeck that doesn't want to wrap itself around the Gemini. 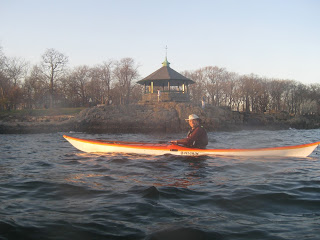 Back at Horseshoe Cove.

Once back, we fetched cars and loaded up. Kayak Dov drove on home (a teacher, and it was a school night) while the rest of us retired to a diner, some still wearing drysuits, and enjoyed a fine dinner and wine, before driving to our respective homes.
Posted by jkmccoy at 6:36 PM No comments: